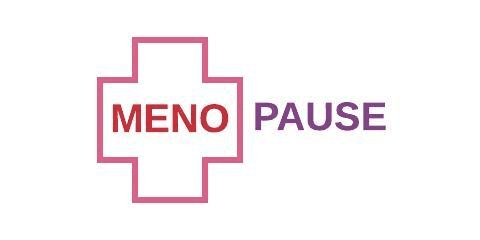 The Office for National Statistics says that the biggest increase in employment rates over the last 30 years have been for women aged 60 – 64 (from 18% to 41%) and for women aged 55-59 (from 49% to 69%).  This increased rate of employment among women aged 50 and above means that more working women than ever before will experience the menopause whilst they are in work.  The menopause creates symptoms that affect many women in the workplace and problems arise when employers do not understand how debilitating these can be.

The menopause support website Health and Her commissioned research that showed that time taken off work because of menopausal symptoms causes a loss of 14 million working days annually. The research found that almost a third of working women aged 50 to 64 are taking time off work to relieve menopausal symptoms and over half are then working in their own time in order to make up time.  Additionally, over 370,000 women admitted that they had either left or considered leaving their career because of the difficulties of going through the menopause in the workplace which is significant and unnecessary loss of talent.

Symptoms related to the menopause are covered under the Equality Act 2010 and the Health and Safety at Work etc. Act 1974. Your employer has a duty to protect your health and safety at work, as well as non-discrimination on grounds of sex or disability.  A claim can be brought in the employment tribunal on the grounds of health and safety, unfair dismissal, age, sex and disability related discrimination.

[see How to raise a grievance at work, How to use the questions procedure for discrimination, Age Discrimination

Merchant v BT Plc was the first employment tribunal case dealing with the menopause. Ms Merchant was going through a difficult menopause which affected her performance at work. She brought in a letter from her GP which explained that she was “going through the menopause which can affect her level of concentration at times”.  BT’s performance management policy required managers to consider whether underperformance was health related, but Ms Merchant’s line manager did not consider the impact of the menopause on her or occupational health advice. BT dismissed her for poor performance, and she sued for unfair dismissal and sex discrimination. Ms Merchant won her claim and the employment tribunal was clear that the manager would never have adopted “this bizarre and irrational approach with other non-female-related conditions”.

A person has a disability under the Equality Act 2010 if they have a physical or mental impairment which has a substantial and long-term adverse effect on his or her abilities to carry out day-to-day activities. In Davies v Scottish Courts and Tribunal Service (SCTS), Ms Davies worked as a court officer for SCTS and was suffering from menopause-related symptoms. She had been prescribed medication for cystitis which had to be dissolved in water. She kept the medicine on her desk.  On one occasion she returned to her desk to find that her personal items had been moved and the water jug on her table was empty. Concerned to see two men drinking water, she alerted them to the fact it could potentially contain medication. The health and safety team subjected her to a rigorous investigation, she was accused of lying, bringing her employer into disrepute and dismissed. The Employment Tribunal found that Ms Davies had been unfairly dismissed “because of something arising in consequence of her disability” under section 15 of the Equality Act 2010. Her employer had failed to protect her when, during the course of its investigating and in making the decision to dismiss, it did not consider that her “conduct was affected by her disability”. Her memory loss and confusion were in fact caused by her disability (the result of the menopause). Ms Davies was reinstated to her role and awarded £14,000 to compensate her for lost pay between the period of dismissal and reinstatement, as well as £5,000 for injury to feelings. The Scottish Courts and Tribunal Service has appealed this decision to the EAT, so further guidance may be forthcoming from the EAT

She lost her case because the Employment Tribunal found that Surrey Police had been reasonable towards her and fitness requirements were a necessary part of the job. Surrey Police had adhered to their policy, communicated with her throughout and made reasonable adjustments to help her pass such as access to gym facilities and a running club, with her manager offering to undergo the tests with her for support.