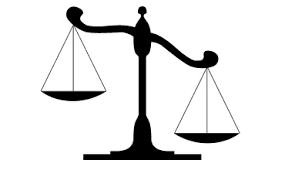 Redundancy is defined in Section 139(1) Employment Rights Act 1996. It is where there is an imminent or current;

The main statutes on redundancy are;

Makes it unlawful to select a person for redundancy on the basis of any of the protected characteristics, trade union membership or the refusal of a protected shop worker to work on Sundays.

The purpose of this Directive is to establish a general framework for improving the information and consultation rights of employees in undertakings within the European Community. There are two important principles to this;

Applies to all companies with 1,000 or more workers, and at least 150 employees in each of two or more EU Member States. It obliges them to establish European Works Councils to bring together workers’ representatives (usually trade unionists) from all the EU Member States the company operates in, to meet with management, receive information and give their views on current strategies and decisions affecting the enterprise and its workforce.

Most of these Regulations were made under EU Directives and may change due to Brexit. The main Regulations are;

The Trade Union and Labour Relations (Consolidation) Act 1992 was amended by these regulations which requires employers to consult about redundancies in circumstances where it is proposed to dismiss 20 or more employees at one establishment over a period of 90 days or less.

The Trade Union and Labour Relations (Consolidation) Act 1992 was amended by these regulations which require that consultation should be with a recognised trade union, or with other elected representatives of the affected employees where no trade union is recognised.

These regulations amend Section 193 Trade Union and Labour Relations (Consolidation) Act 1992 to ensure that an employer proposing collective redundancies must notify the Secretary of State at least 30 days (90 days if 100+ employees are being made redundant) before giving notice to terminate an employee’s contract of employment for redundancy.

Schedule 2 of these regulations amend Section 188 of the Trade Union and Labour Relations (Consolidation) Act 1992 (TULRCA), such that an employer carrying out a collective redundancy consultation or pre-transfer consultation under regulation 13 of the Transfer of Undertakings (Protection of Employment) regulations 2006 (SI 2006/246) (TUPE 2006), must first give the appropriate employee representatives certain information in writing.

That information must include:

Regulation 10 says a woman on maternity leave at risk of redundancy must be offered any job that is suitable and available.

Where an employer intends to make 100 or more employees redundant within a 90-day period:

Provisions for the Armed Forces and Civil Service

These provisions cap the redundancy payouts to civil servants at 15 months’ salary.