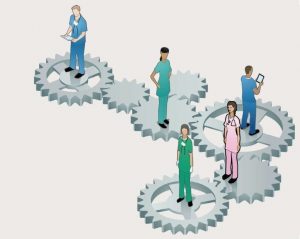 Who is an agency worker or temp?

An agency worker or temp is a person who has a contract with a Temporary Work Agency (the employment agency) but works temporarily for and under the direction and supervision of a hirer. There are three important contractual relationships between;

These relationships are covered by the Agency Workers Regulations 2010 which give you the right to either the same or not less favourable treatment than your colleagues who are permanent. These rights start after you have worked for 12 weeks in a particular job.

All workers, including agency workers, are entitled to the following statutory protections:

As an agency worker, you have additional protection under the Agency Worker Regulations 2010.

Under Regulation 3(1), an agency worker is a person who is is supplied by a temporary work agency (TWA) to work temporarily for and under the supervision and direction of a hirer, and has a contract with the TWA which is either a contract of employment with the agency, or any other contract to perform work and services personally for the agency.

Who is not an Agency Worker?